On the occasion of the martyrdom anniversary of General Soleimani

Greetings to brother general Soleimani – bringer of peace and justice.

Brother Soleimani
Dear brother Soleimani. Please allow me to send you our best regards, brother and martyr Soleimani! Thanking you for all your good work and efforts for peace and justice!

We are your devoted brothers and sisters in Norway. You are great inspiration and teacher to all of us.

Inspiration and example
Inspiration, determination and strength! What path to follow? We would like to refer to great and highly respected leader, inspiration and guide: Imam Khomeini!

Your life – and your death, brother Soleimani – bring forward also his example – inspiration and guide.

«Leader» – in the best meaning of the word! A quote from Imam Khomeini: «I would rather be called servant than leader … Islam has made it incumbent on us to serve.»

Brother Soleimani: You are a «servant»; serving peace and justice. And – like Imam Khomeini: serving «the downtrodden people of the world.»

Oppressive powers
Imam Khomeini, about himself: «I hope Khomeini will never deviate from the straight path of Islam which is to fight the oppressive powers.»

Brother Soleimani: You – a servant – has all your life been struggling on this straight path.
Quoting Imam Khomeini on «oppressive powers»: «Our common enemies today are Israel and America and others like them.»

Israel
Imam Khomeini about Israel:
«Time and again attention has been called to this point that Israel will not be content with its present position, it will go forward step by step … Today it is Lebanon, tomorrow, God forbid, it will be Syria, the day after Iraq and so on.» (Said in 1983.)

Furthermore:
«For it (Israel) will not be content merely with the Golan Heights, for they (the Zionists) are of the opinion that… the land from the Euphrates to the Nile belongs to Israel …»

Khomeini added:
«I am not talking of the Jews … no one has the right to attack the Jews or the Christians who adhere to a religion revealed by one of God’s prophets.»

Amerika
Imam Khomeini said about Amerika:
«Is it not a source of shame for the Muslims and the governments of the Islamic countries that Amerika, from the other side of the world, can govern their destinies and through the Israel can ensnare and ruin them all.»

Imam Khomeini:
«Our crime is that we oppose America.»

«The day Amerika praises us is the day that we must mourn.»

«It is a disgrace for a Muslim country to extend a band to Amerika, and ask for bread.»

«Muslims, whether Sunni or Shi’ah are brothers.»

«We are fighting-men; surrender is meaningless to a Muslim.»

Brother Soleimani: You have proved this to be true.

And as for martyrdom:

Social and other work in Oslo

The Role of Women
«Leading» – serving – our work is a group of women, together with men. Another quotation from Imam Khomeini:

«In our age women have proven that in the struggle they march by the side of men, rather, ahead of them.»

It is like this with us in our work. Four women are in the leadership/serving.

– Both of you sources of inspiration – in our present and future work.

We greet you all from our hearts, dear brothers! 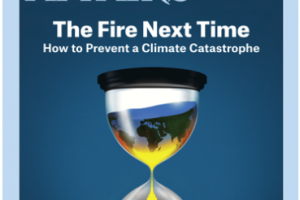 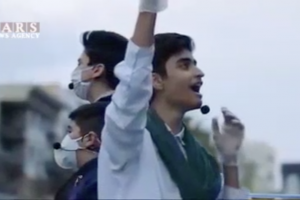