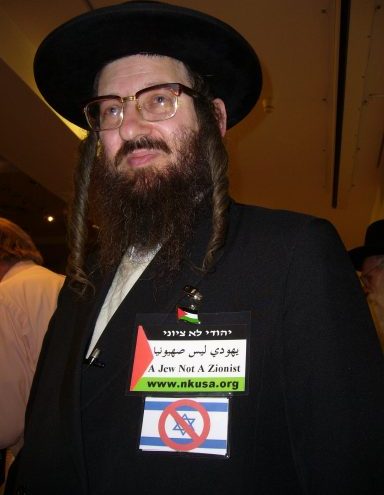 Our most deep-felt homage to Palestine, the beloved land. Highest esteem to Jerusalem, Al-Quds, the Holy City, that has been blessed by God.

Palestine and Al-Quds; Jerusalem: Embodied in the hearts of men! Roots and source of souls and comprehension. Origin of striving and yearning.

Land of prophets and revelations! Inspiration and guidance. A gift from the Divine, to men.

Now occupied and assaulted! Stolen and invaded, by intruders, mort of them from many countries in Europe and America. Laying their hands on the land.

Claiming it for themselves, only! At the expense of everyone else: Muslims, Christians. And the proper Jews.

Zionists! Nationalistic and chauvinistic Jews, with a racist outlook.

In the Holy Land.

Yes, many of them experienced persecution in their native countries! Some even the horror of annihilations. At the hands, mostly, of Europeans. We really feel ashamed of that.

But why export the guilt, for others – the Palestinians – to pay the price? The responsibility should stay with Europe.

The Palestinians had their land colonized and stolen. Violence and terror forced them out of their land, in ethnic cleansing in what became the Israeli State.

The Palestinians have every right to return to the land and property that were taken by the Zionist invaders.

The Palestinians, however, are generous people, and have made this offer, presented at the UN:

“When we talk about the dreams of tomorrow, in our beloved homeland, we include in it those Jews who have come to settle here, and who decide to live with us in peace and equality, sharing the same fate in the State of Palestine.”

What a generous offer! Refused, however, by the Zionists.

They will be bound to lose.

Let me quote from an anti-Zionist, Rabbi Yisroel Dovid Weiss, a spokesman for the Naturei Karta (“Jews Against Zionism”), who wrote:

“For centuries, Jews and Palestinians lived in peace. It is our goal that those past days of peace will yield many future days of peace.

However, it is our conviction that this will be impossible until the religious, and hence moral evils of Zionism, are acknowledged and repented.”

“Please keep in mind,” he said, “that no one should confuse the deep love and reverence for the Holy Land, with the Zionist movement! The movement sought to seize political sovereignty from the Lands`s inhabitants by driving out many of them, and subjecting those that stayed to persecution and second-class citizenship. This is a terrible sin and crime, and totally forbidden.”

– Love and reverence for the Holy Land!

As expressed in this poem, written by a Palestinian:

She loves whatever grows

And I am a delicate plant.

She is my mother,

– Injustice in the Holy Land!

“The Zionists came as conquerors,” said Moshe Hirsch, another anti-Zionist Jew. I met him in Jerusalem, at his home in the Mea Shearim quarter.

“Zionism is no more a Jewish ideology than Nazism is a German ideology,” he told me.

You should approach it from the East! Ascend the slopes arising from the gray landscape of Jerico.

On the top beside a church, in a grove of old trees, you see it, Al-Qds, the Holy City, shining in the sun! In the old part, the bright domes of the beloved mosques.

Encircling the city, however, are the Zionist settlements, clusters of concrete buildings, like fortresses, expecting to be attacked.

Stop by an interesting museum! It is called the “Shrine of Heroism”. A reminder of the “heroic” deeds of the invading Zionists. It is part of the history of how the “Jewish State” was founded.

Among the “deeds” presented in the Museum, including texts and photos, are:

These are “glorious acts”, in the manner of Zionist Jews.

The Palestinians did not leave voluntarily! They were victims of a deliberate plan, as stated by my friend Moshe Hirsch:

“The Palestinians were forced out! And the Zionists took their land.!

Travel between Jerusalem and other cities, and even the Israeli maps will explain to you that every town and village you pass, was built on Palestinian land, at the expence of the Palestinian people.

Moshe Dayan, Israeli Minister of Defense, made it clear:

What legitimacy does the Israeli State have?

The founding members felt this to be a burning issue. A large part of their “Declaration of the Establishment of the State of Israel” dealt with that matter. Their arguments are not convincing.

Aspirations and acts of persecution, the Balfour Declaration, and a vote in the UN Gereral Assembly (under heavy American pressure) do not justify occupation and expulsion.

So what then, is left?

I once put the question to Robert Fisk, an esteemed international journalist and writer. His answer was this:

That is: “The right of the conqueror!”

Which is the only “legimitacy” for the State of Israel!

There is a saying by the Prophet (peace upon Him):

“The best of the dwellers on earth are those who adhere to the Land of Abraham.”

This is our task!

Will then, the Zionists perish?

Let me end with yet another poem, by another Palestinian writer:

What could extinguish
The will of a fighting people?
Which assault could conquer
The People`s own land?
Our land has seen –
Maybe they forget this –
A thousand conquerors!
They all disappeared,
Like snow melts
And disappears. 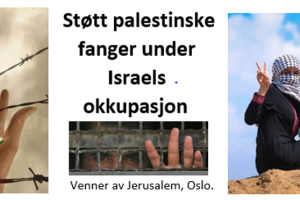 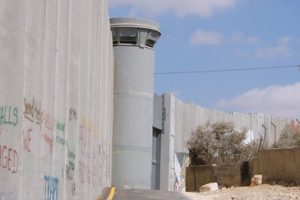 Jerusalem: Election in an occupied city