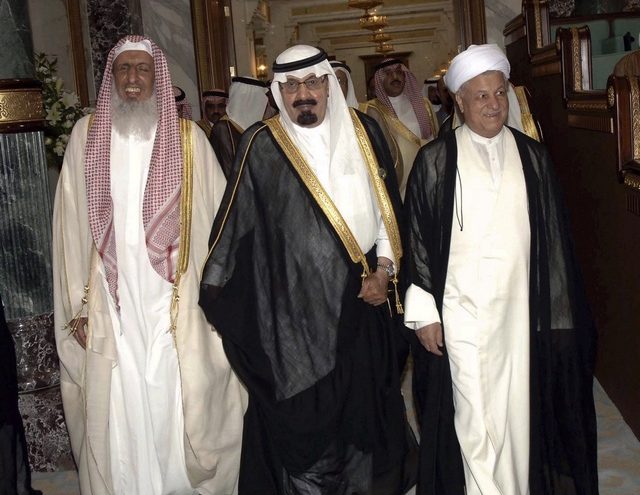 It is prudent to say that on March 9th, a delegation from “Jamia Ihya ul-Turath of Kuwait” visited “Sheikh Abdul Aziz aal al-Sheikh”, official mufti of Saudi Arabia. Members of this delegation asked al-Sheikh for a fatwa about the ratification of a bill in Kuwait parliament which bans the construction of new churches. They asked him whether this bill was legal or not according to shari’a.

Aal al-Sheikh issued an unprecedented fatwa in their response and said: “Kuwait is part of Arabian Peninsula and since the existence of the churches denotes the admission of their religion, therefore all churches in Arabian Peninsula should be destroyed. He attributed this sentence to the holy prophet (SA) that he has said: “There cannot be two religions in Saudi Arabia.”

Issuing this fatwa which was reported in media a few days ago have entailed many negative feedbacks in Islamic and non-Islamic countries.

(Ahlul Bayt News Agency) – Following an unwise fatwa by “Abdul Aziz ibn Abdollah aal al-Sheikh” a Wahhabi pseudo-scholar and official mufti of Saudi Arabia calling for the destruction of churches which affronted the religion and raised the followers of Abrahamic religion’s suspicion over the divine religion of Islam, AhulBayt (A’) World Assembly condemned this worthless fatwa by issuing a strongly-worded statement to inform the world that Saudi regime and Wahhabi pseudo-scholars in Saudi Arabia are not representatives of true Islam. (?)

This is (part of) the full text of the statement:

In the Name of Allah the Compassionate the Merciful

Allah does not forbid you from those who do not fight you because of religion and do not expel you from your homes – from being righteous toward them and acting justly toward them. Indeed, Allah loves those who act justly. (Noble Quran 60:8) (?)

1-First of all everyone should know that Wahhabi Muftis are not representatives of Islam. They should also note that the religion which is being preached in Saudi Arabia at the present time is not the true Islam (?)
2-The contents of this fatwa ? regarding the destruction of churches – is explicitly contrary to Allah’s (SWT) commands, holy prophet’s and his household’s (A’) teachings and sunnah therefore it is not only condemned by Shiite Muslims but Sunni Muslims are also appalled. Pages of history of Islam are replete with examples of holy prophet’s (SA) peaceful coexistence with people of the book in Mecca and Medina. Not his eminence, nor his household, not khulafa rashideen, nor successive rulers of the Islamic world have ever issued such a fatwa. They have never deprived followers of other religions of their religious rituals.

3-Apart from holy prophet’s (SA) companions and their descendants, Muslim scholars have never issued such a fatwa during these1400 years after the demise of holy prophet (SA); not Shiite jurisprudents nor imams of four Sunni schools of law. (?)

8-Finally we emphasize one more time that Islam is the religion of coexistence, kindness, peace, freedom of belief and justice. The holy Quran explicitly declares that: ” There shall be no compulsion in [acceptance of] the religion “(2:256). True interpreters of holy Quran and holy prophet’s (SA) sunnah are his household and scholars following them which have always called for dialogue among religions and have addressed people of the book like this verse from holy Quran: ” Say, “O People of the Scripture, come to a word that is equitable between us and you – that we will not worship except Allah and not associate anything with Him and not take one another as lords instead of Allah.” (?)

We hope that with unequivocal stance of scholars of Abrahamic religions and timely reaction by governments and international organizations, the source of these inhuman thoughts be eradicated from the land of two sacred sanctuaries and “security, peace and justice” which are eternal commands of Islam dominate the world; O you who have believed, enter into Islam completely [and perfectly] and do not follow the footsteps of Satan. Indeed, he is to you a clear enemy. (2:208) 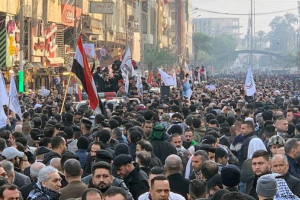