Iran?s supreme leader has spoken. Through his intervention Ayatollah Ali Khamenei has put things in their place and made it clear what Iran officially thinks about the questions that have been raised. This first and foremost concerns the election itself.

The election was carried out correctly, says Khamenei. President Ahmadinejad?s reelection, against Mousavi, the candidate of the opposition, reflects the wishes of the Iranian people. Other and Western observers have also confirmed this: that most Iranians prefer Ahmadinejad, even though this has been sidelined in the campaign that has been implemented against the result of the election in the country.

?Ahmadinejad won. Get over it.? This is the conclusion in an assessment conducted by two American analysts, Flyht and Hillary Mann Leverett, who worked in the White House under President Bush. They think that Western ?Iran experts?, as they write, have underestimated Ahmadinejad?s broad basis of support. Ahmadinejad?s 62.6 per cent of the votes, they write, corresponds to 61.69 that he got in 2005. The shock of the ?Iran experts? over Friday´s results is entirely self-generated, based on their preferred assumptions and wishful thinking?, according to the analysts.

Iran?s leader Ali Khamenei may therefore be right when he now stipulates that the result of the election was correct.

There are no substantive arguments ? there is no ?smoking gun? ? that will show that the election in Iran was ?fixed?. There was a difference of 11 million votes, which would not be easy to ?juggle?.

The arguments in favour of deceit are thin: ?The result of the election was published too early?, it is said. But the first one to declare himself as ?winner? was the opposition candidate, Mousavi ? and that was before the election ended! ?There was a lack of ballot sheets in some polling stations?, it is claimed. But this does not necessarily involve cheating! ?Some polling stations were closed too early?. But others stayed open later ? based on the number of voters who came. ?Mousavi has an Azeri background, so why didn?t he win Azeri votes?? it is asked. But Ahmadinejad has served in Azeri provinces and speaks fluent Azeri. And Iran?s leader, Ayatollah Khamenei, who is associated with Ahmadinejad, has an Azeri background himself! In some provinces were too many votes in relation to the number of registered voters not counted? But people can vote outside their provinces, and these votes supplement the votes there.

What about the economy, which Ahmadinejad has supposedly ?driven down the drain?? This last point is not necessarily true. The International Monetary Fund expects Iran?s economy to grow, while the economy of most other Gulf states will be weakened! And if the economy of Iran is under pressure, people do not regard this as necessarily the fault of Ahmadinejad, but may be due to the boycott by the West.

Nor should we forget that a large number of Iranians ? religious and devout, groups with low incomes, many public servants and pensioners ? feel that Ahmadinejad?s economic policy has been in their favour.

?The majority want détente with the West?, it is claimed. But many have pointed out that Ahmadinejad?s ?stubborn? attitude has regained respect for Iran, and turned Iran into a power factor in the region. So the support for Ahmadinejad may be real!

Is the opposition attempting a ?coup??

And if this is right, the fact that Ahmadinejad actually has support among a majority of Iranians, and that the election in the main was ?clean?, the opposition must be viewed in a critical light. Is it they, in a critical situation, who have attempted a ?coup?? The opposition is not homogeneous; opinions range widely. We have seen this among the demonstrators.

A large number represent Teheran?s middle class. Many have a Western inclination and wish to see change in the system. We have seen women with their headscarves drawn as far back as possible on their heads, wearing fancy, modern sunglasses, where some have danced with men in the streets. There have also been chador-clad women adhering to the country?s traditions. In this way secular and religious people met with a desire for change. Now it looks as if they are divided after Khamenei?s speech, where he urged people to obey the law. At time of writing the streets have become calm. Only a hard core of a thousand persons have followed up with street demonstrations. Now silence is also descending on them.

The opposition is undoubtedly genuine. However, it is being encouraged from the outside. It is well known that the USA has spent millions of dollars on financing groups of dissidents working against the Iranian government. The highly respected reporter, Seymour Hersh, has revealed that American military personnel are now operating inside Iran, along with local rebel groups.

Iranian security forces have been set in. We have witnessed violence in the streets. However, it is not necessarily certain that it was the governing authorities who initiated that violence, even though many wish to make it appear so. We have seen pictures of demonstrators ? many with clubs and stones, which have been used against the law enforcement officers. Demonstrators have set fire to cars and broken window-panes in businesses and banks. ?The police pursued them? (the Sunday Times).

Iranian society has been divided, between the majority who support Ali
Khamenei and who may have voted for Ahmadinejad, and a minority with their own interests. A clearer and more determined attitude may be the result from the official Iran, both internally and externally in relation to the world. More tension can be expected in the region. 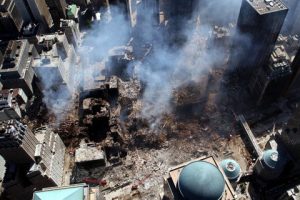 While the world waits 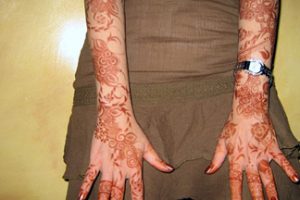 Travelling in Muslim (not very) Countries